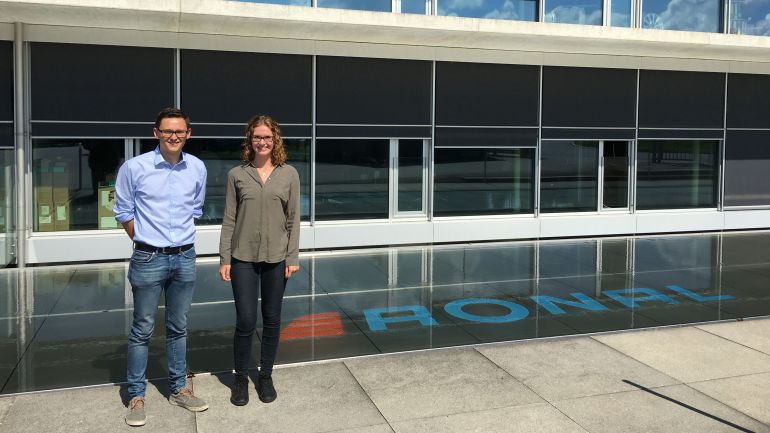 Bärbel (21) and Moritz (21) are both 5th semester students studying industrial engineering at Baden-Wuerttemberg Cooperative State University in Karlsruhe, and work for RONAL GmbH in Forst. At the beginning of September, they both travelled to Härkingen for two days to get to know our headquarters in Switzerland.

During their visit, Bärbel and Moritz learned about the Marketing, Legal, Supply Chain Management (purchasing and planning) as well as Engineering and Design (with a focus on numerical calculations and tool design) departments. In addition, they were given a tour of the building and visited the tool shop, which is located right beside the headquarters – after all, the RONAL GROUP manufactures 100% of its molds for its aluminum wheels in-house. 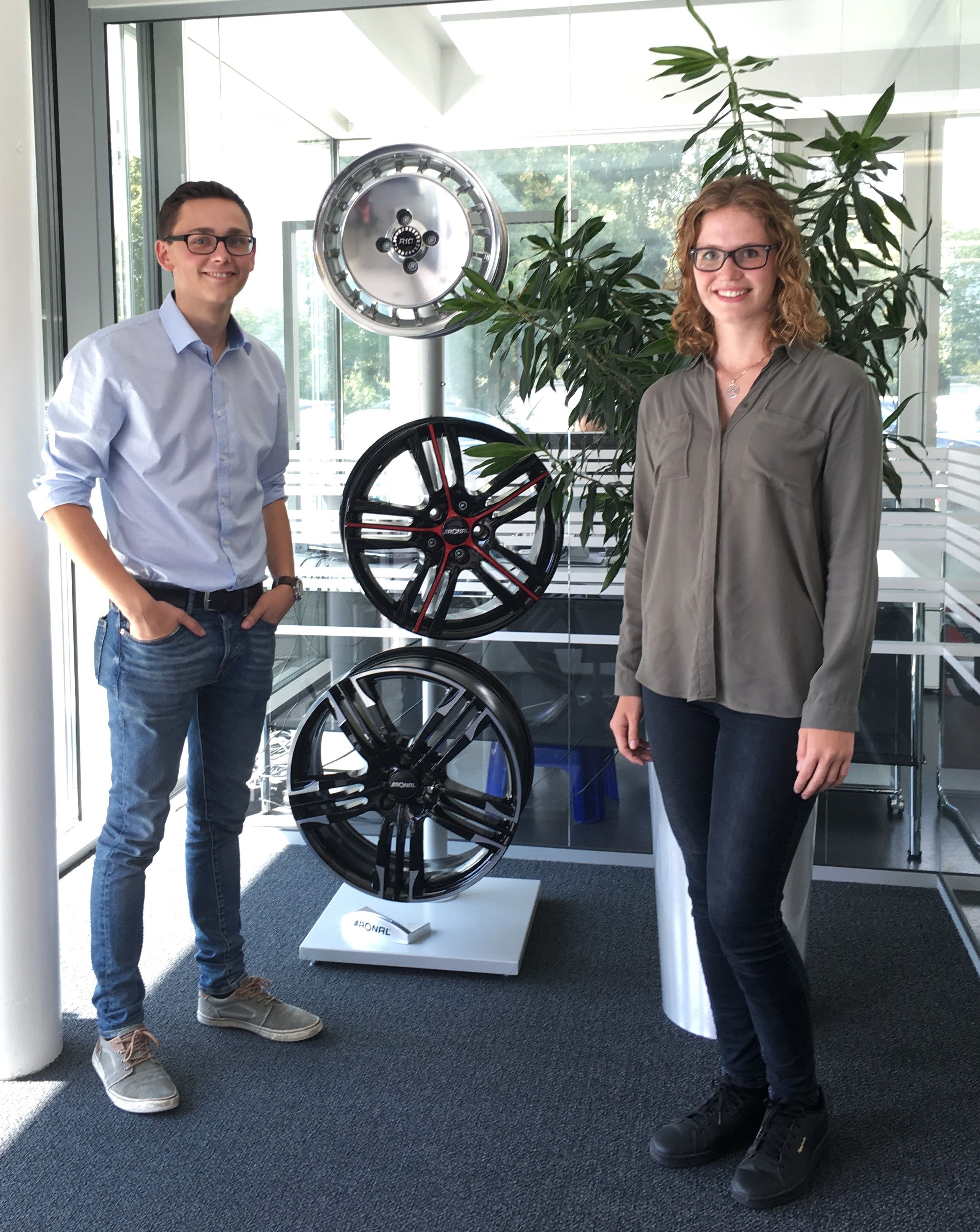 How did the two of you get the idea to complete a work-study program at RONAL GmbH?

Bärbel: “I found out about it from the employment agency and was immediately interested, because I think the technology sector is cool – both my parents and I are enthusiastic motorcyclists.”

Moritz: “I was looking for a large, reliable employer in the region, and I came across RONAL GmbH. I wasn’t a huge car fan at the beginning, but of course I’ve gotten a lot more interested in the subject since then.”

Both Bärbel and Moritz have opted for a work-study degree because they want to combine theory and practice. In addition, this way they get to know the RONAL GROUP as a company and employer during their training, which makes it very easy to start their career afterwards. “Not to mention it also makes you independent at an early age,” they add.

In work-study degrees, students alternate between three months at university and three months at the company, where they spend time in different departments. During the first year, Bärbel and Moritz worked at our production site in Landau. The following year, they got to know the RONLOG administration and logistics center in Forst. As part of her project work, for example, Bärbel wrote about improvements in cardboard box scheduling. She is working towards a career in the field of logistics in the future. Among other things, Moritz has written a paper about key figures in purchasing and can well imagine a job in sales later on.

So how strongly do they identify with the products of the RONAL GROUP?

They are in agreement here: “Now, when you look at the road you look really carefully at which wheels are on the cars, and it makes you happy when you see the finished product in action!”

To date, Bärbel and Moritz have not visited any other RONAL sites, but they will spend the next work-based semester from January to March 2019 at one of our European locations.

Finally, of course, we would like to know the following: How did you both like your visit to Switzerland? Is there anything special you learned or took away from the experience? What impressed you?

Bärbel and Moritz: “It was really interesting to get an overview of the group activities and the strategic decisions. In addition, the staff were very nice and gave us great answers to all our questions. Overall, the visit contributed a great deal to understanding the relationships and processes in the RONAL GROUP even better.”