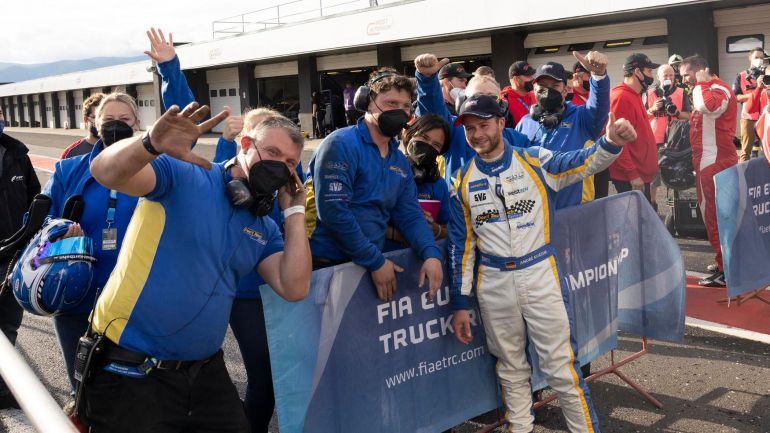 truck race in Most

On August 28 and 29, four races took place on the 4,212 km long Czech track in Most as part of the FIA Truck European Truck Racing Championship (ETRC). André Kursim, driver for the “Don't Touch Racing” team, emerged victorious from one of these competitions. His racing truck is equipped with high-performance SPEEDLINE TRUCK forged aluminum wheels.

The teams that had traveled to the Czech Republic were finally able to experience a normal racing weekend again: with four events, fans at the racetrack and, with a few restrictions, also in the paddock as well as some lucky winners and a few disappointed losers.

First, the drivers had to adjust to the changing weather conditions and find the right set-up for both rain and a dry track. “That was pretty tricky,” reported André Kursim. The conditions changed both during free practice on Friday and on Saturday, sometimes within a few minutes. When the top ten from qualifying were finally allowed to compete, the spectrum ranged from very wet to dry within one lap. Kursim mastered this challenge with the eighth fastest time. In the race he moved up one place to seventh, which meant a starting position in the front row for the second race of the day. 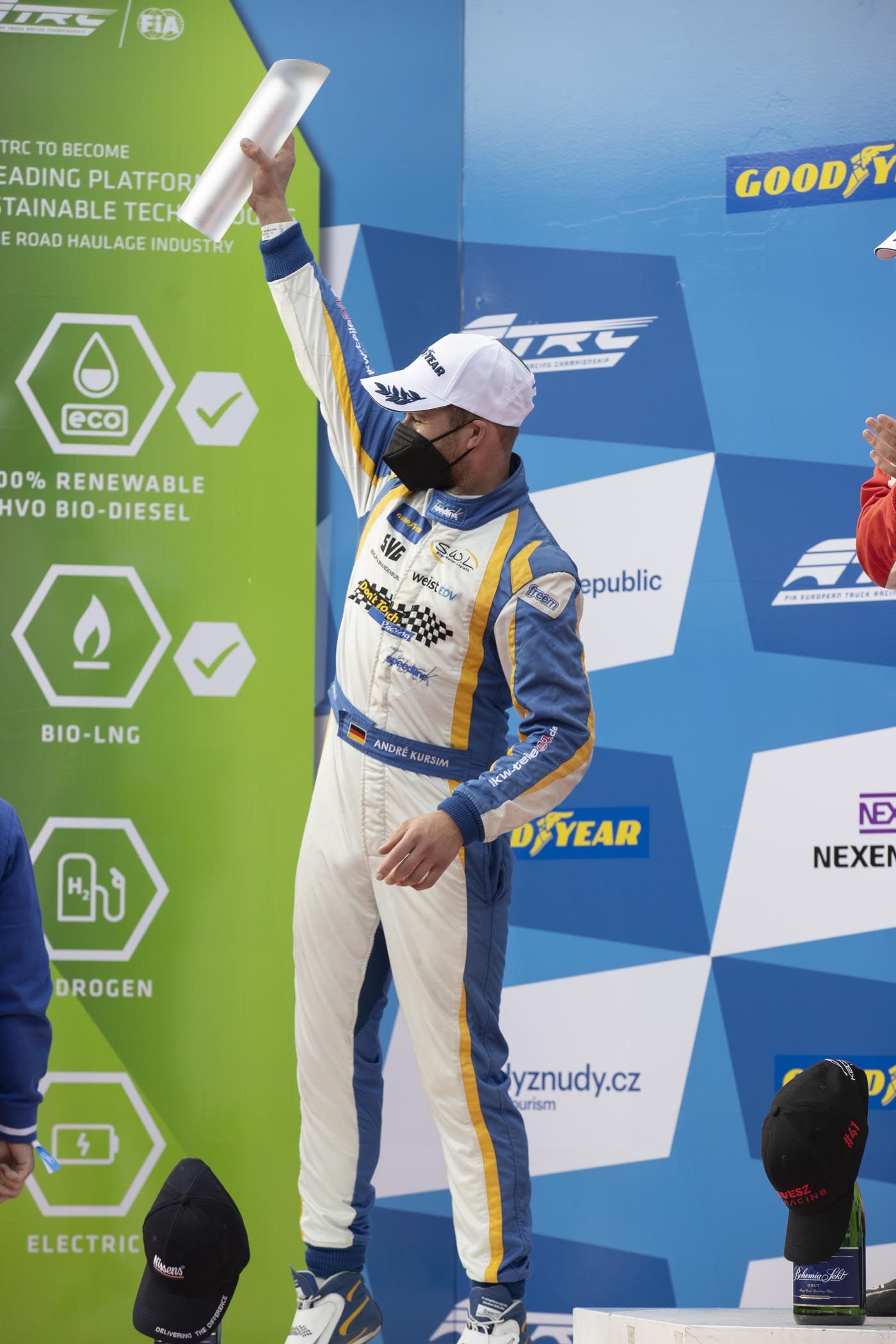 Kursim made the most of this – he took the lead at the start. After just a few laps, the Hungarian Norbert Kiss took up the chase. Despite several bumps from the man behind, André did not let himself be deterred and drove a first-class race. Only on the last lap did Kiss take the shortcut across the grass verge with half the vehicle and drive past Kursim. However, he had to pass the gold trophy on to André a short time later, as the race stewards imposed a ten-second penalty on the Hungarian.

Unfortunately, Saturday’s success did not continue on the second day of the race. “On Sunday we simply did not find the right set-up for the changed conditions,” summarized André Kursim afterwards. In the final race, things looked better at first, but in the second half Kursim had a problem with the brakes on the front axle, landing him eleventh place.

The next test is on the weekend after next in Zolder (Belgium). 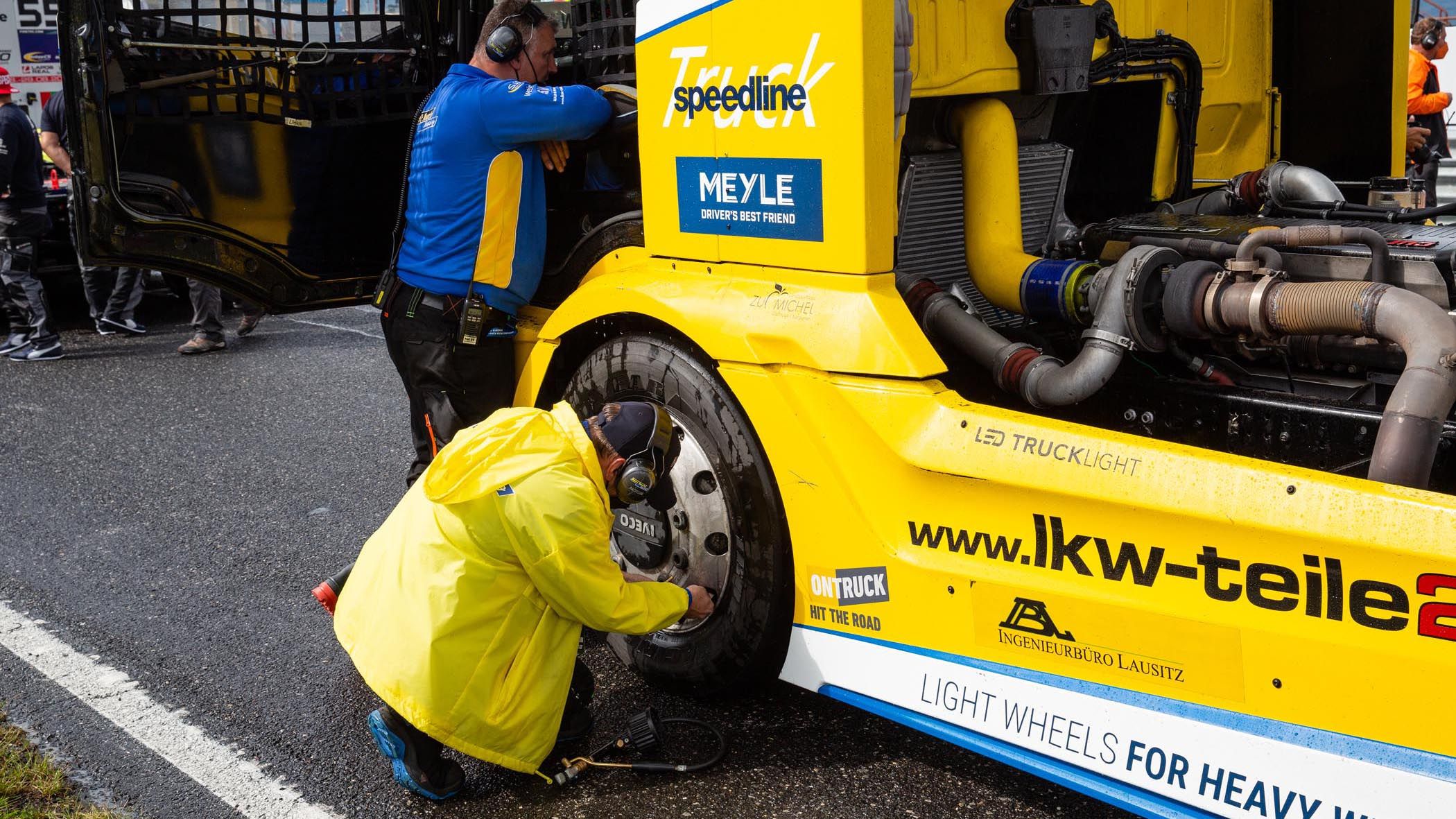 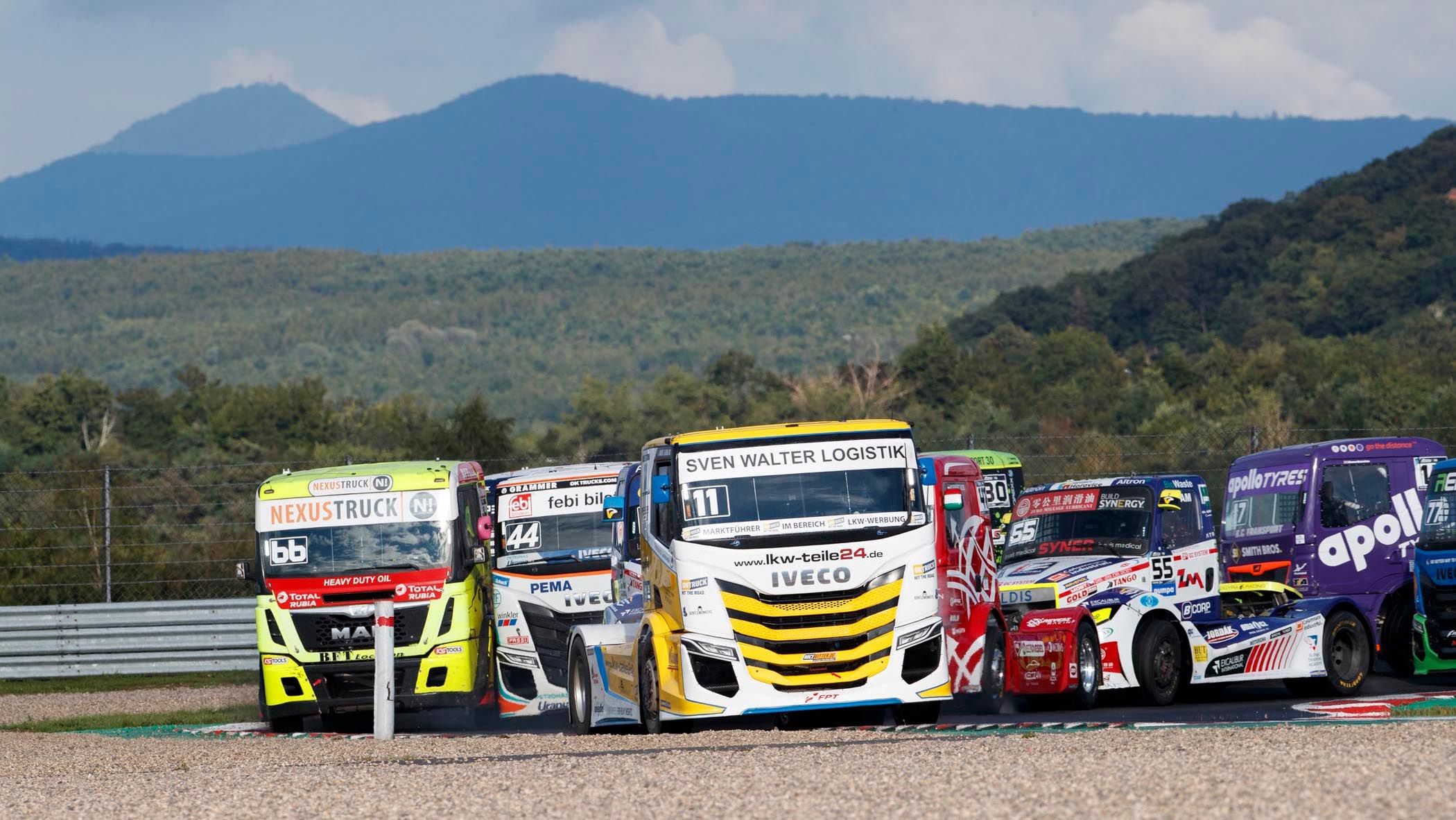 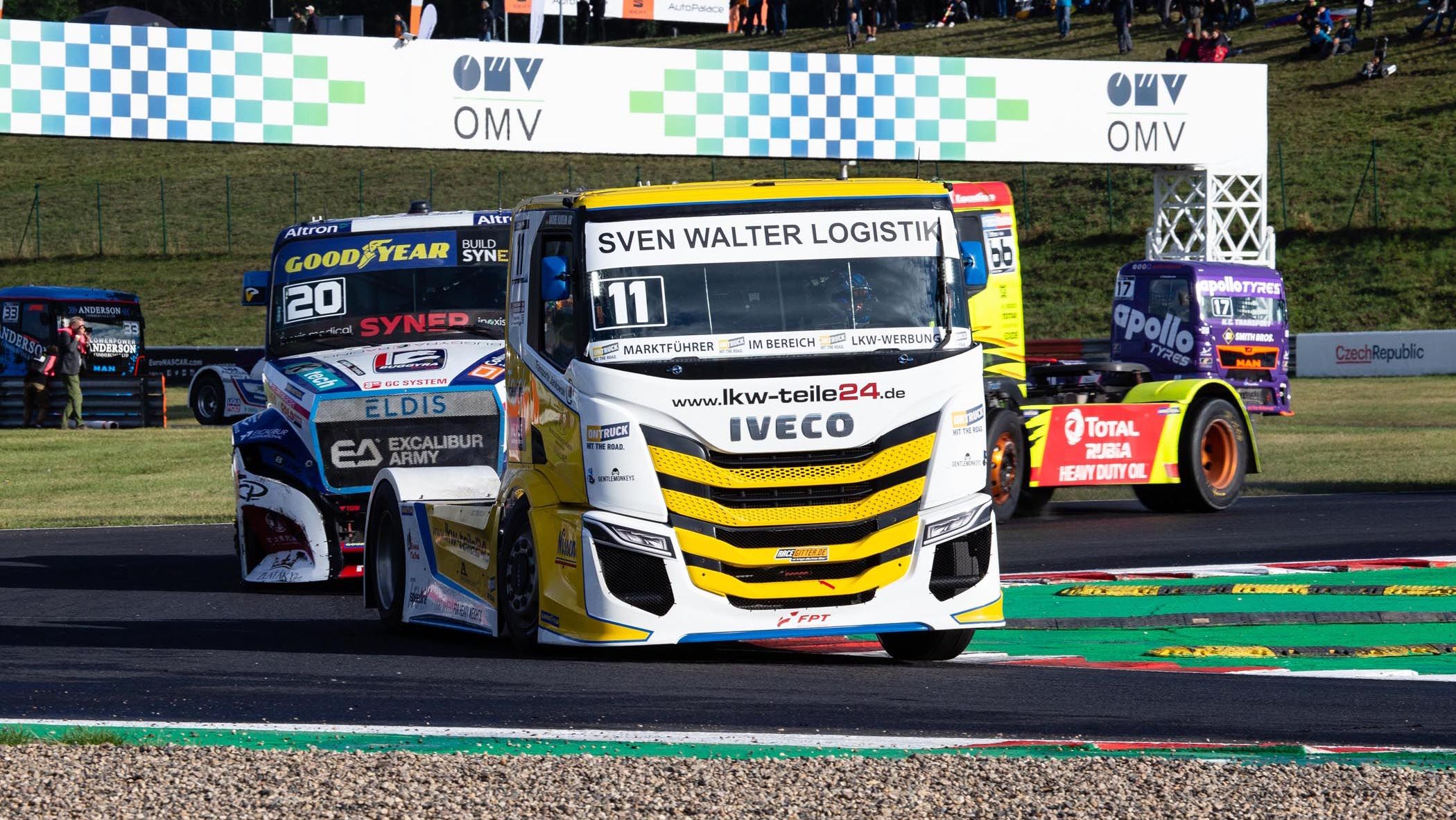 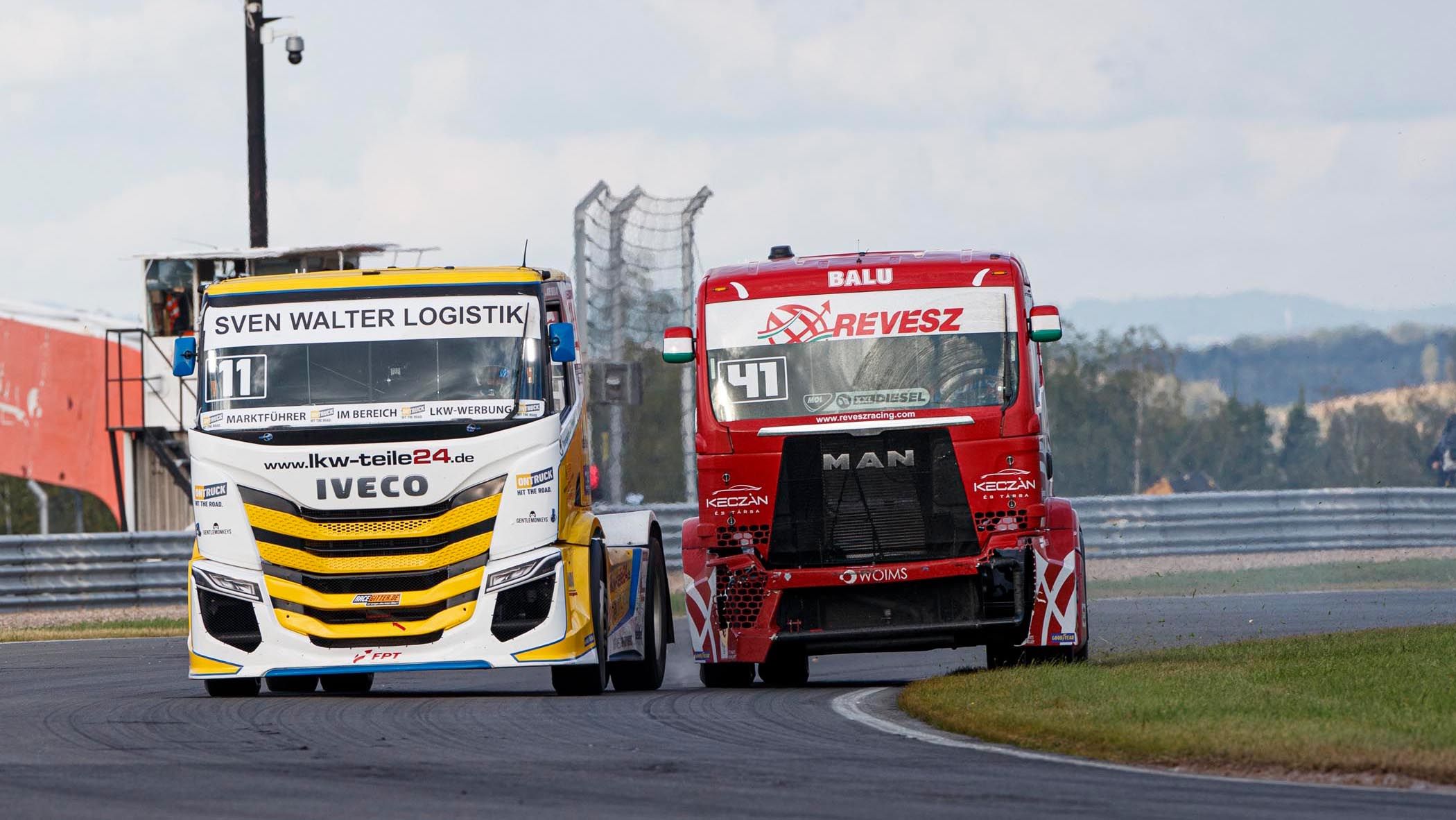 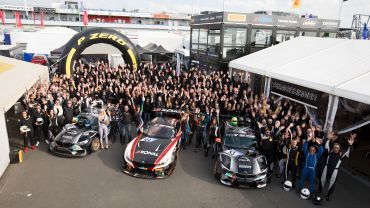