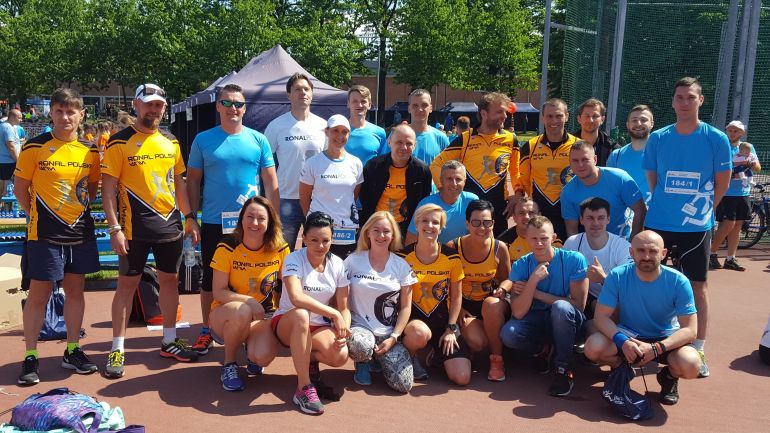 In March we introduced our RONAL POLSKA Run Team, consisting of our colleagues from Poland. The team members have been very active and have been taking part in different races during the last few months. Here is a little update on their activities and the races they have completed recently.

February 23, 2018 was a very special day for Łukasz, one of the running group members. He took part in the Transgrancanaria Race – 128 km and a cumulative elevation gain of 7500m. Those who think “well, it’s just a race” should take a look at its profile.

The race is aimed at ultra-endurance top race runners, and lovers of nature and adventure. Not everybody can take part in such a race – only those who have already collected ITRA (International Trail Running Association) points. To obtain those points, one has to take part in other races of a specified length and, cumulative elevation gain in particular.

Łukasz had managed to acquire those points and ran the 128 km. After 18 hours and 26 minutes of running (and one quite dangerous fall) he finished the race, taking the 96th position out of 1200 runners.

It was an amazing achievement. We are all very proud and happy that he is in the group of the world’s 100 fastest mountain runners, and we are keeping our fingers crossed for him! 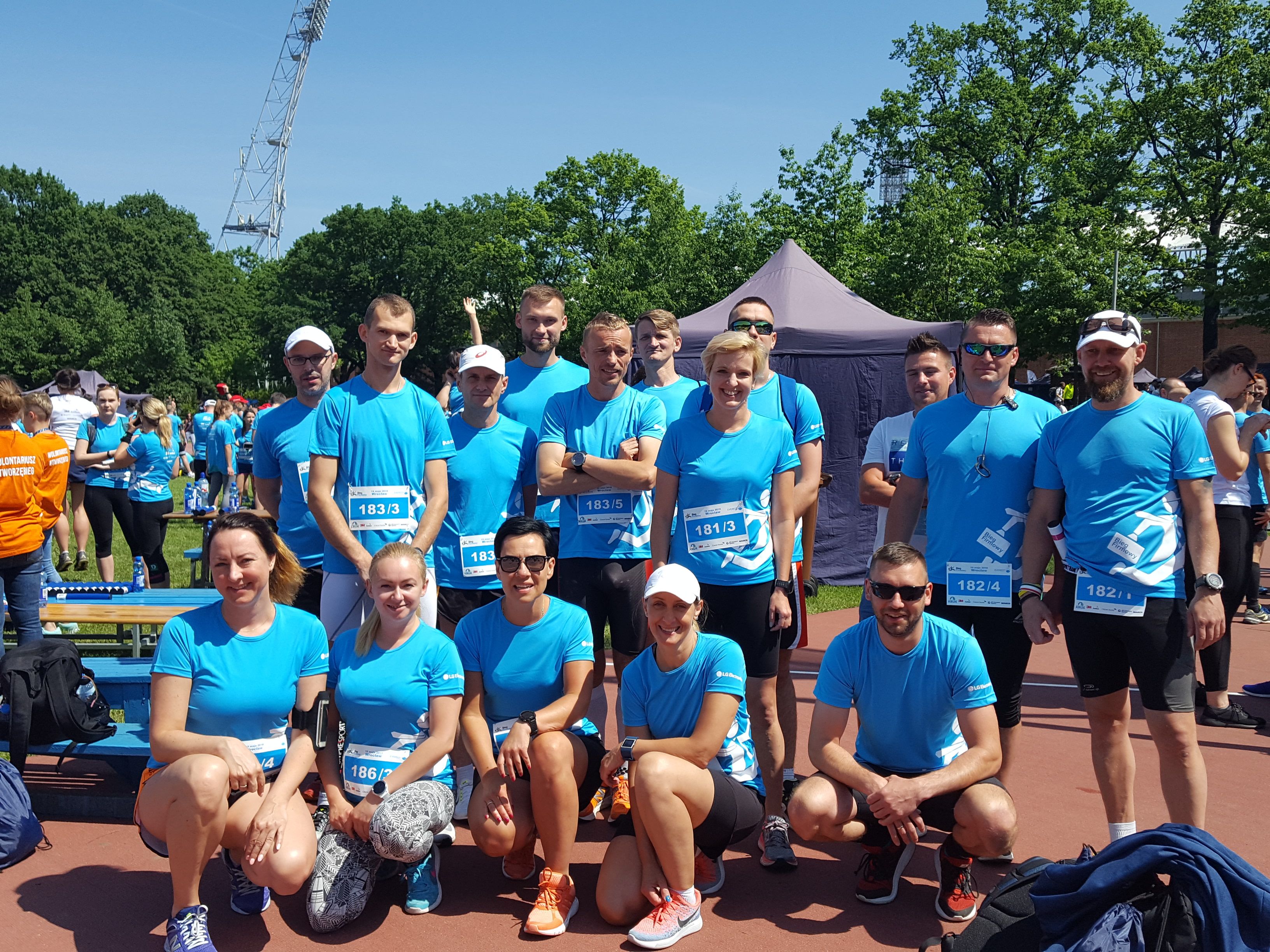 On May 19th, the RONAL POLSKA Run Team once again took part in the charity relay run known as Bieg Firmowy – it was the 5th jubilee edition and our team has already participated four times.

The name “Rzeźnik” (butcher) comes from the name of an old sports club: OTK RZEŹNIK. A long time ago some of its members used to cover today’s Rzeźnik Race distance trekking with backpacks in about four days. One day they bet they could manage to do it in one day and this is how the Rzeźnik Race started.

On June 1st, two of our RONAL POLSKA Run Team colleagues took part in a Rzeźnik Race in the Bieszczady Mountains. It is not a typical race, because:
1) it is 80km in the mountains,
2) you run it in pairs,
3) the distance between partners can be no more than 100m at checkpoints,
4) to finish it successfully, both partners have to cross the finish line,
5) each pair must consist of two persons with similar strength and running pace.

The race is long, it is hard and it is extremely demanding. But our colleagues made it! They managed to complete the race in 14 hours, 57 minutes, and took 240th place (out of 1358 pairs who started and 1130 who finished – 228 pairs did not manage to finish the race). Congratulations to them! 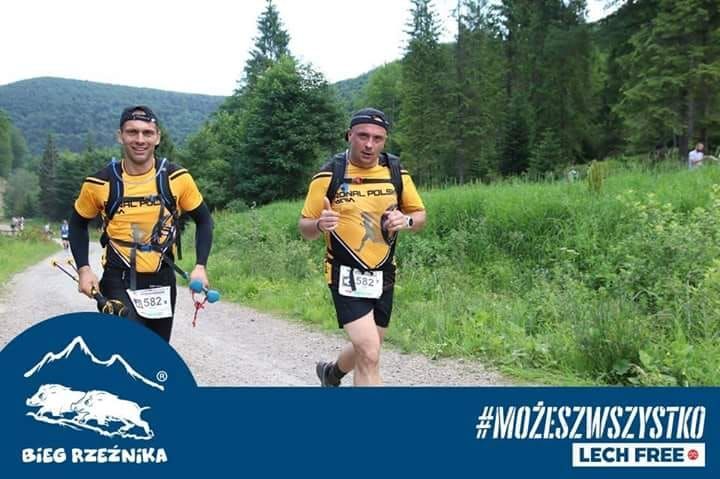 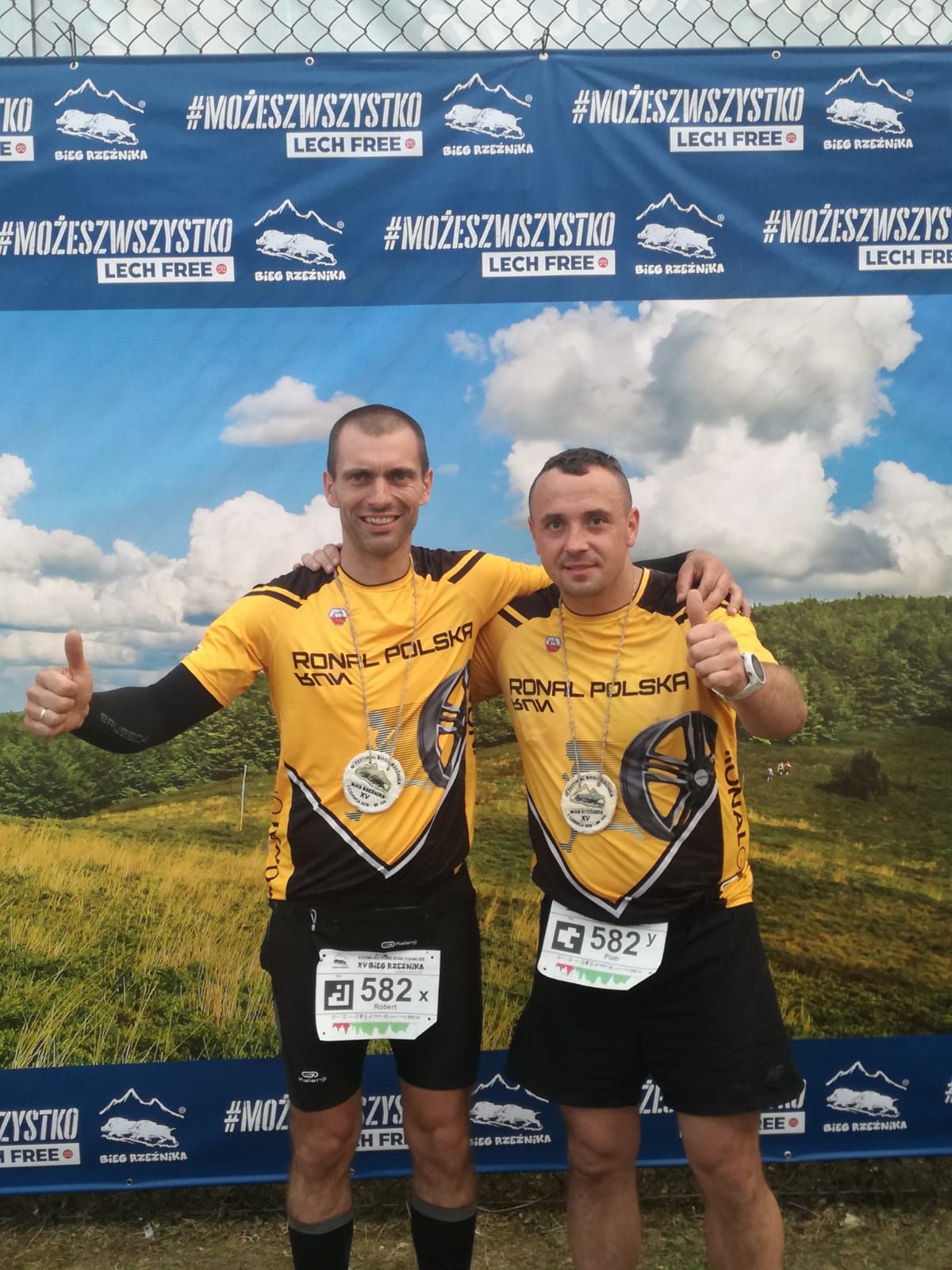