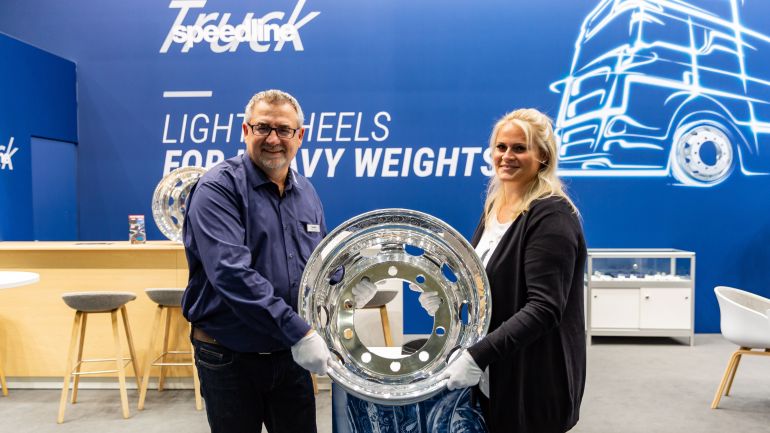 SPEEDLINE TRUCK chalked up its 4th appearance at IAA Commercial Vehicles in Hannover on September 20-27. In addition to the comprehensive product range, there was another highlight this time around: on Friday, September 21, Trucker princess Christina Scheib (33) visited us at our trade show booth.

At 2 pm, Uwe Springer, SPEEDLINE TRUCK sales manager for Germany and Austria, presented a very special truck wheel as a present at our stand E10 in Hall 24: a highly polished SLT 2907 measuring 22.5 × 9.00 inches that had been specially engraved for Christina by rim tattooist Edmund “Eddy” Schuster.

We took the opportunity to ask Christina a few questions.

Christina, when and how did you come up with the idea of ​​becoming a truck driver?

Ever since my childhood I had dreamt of choosing a profession that’s out of the ordinary for women. At first, I thought of becoming a joiner or a carpenter. Unfortunately, I kind of lost sight of that goal, and studied to become a medical assistant instead. But once I grew older and started working as a breakdown mechanic at a towing company, the desire to drive trucks grew stronger and stronger, and I worked hard in order to be able to finance it. I finally ended up making it and fulfilled my dream, and I don’t regret a single minute or one cent I spent.

What’s it like to work in such a male-dominated industry? In your opinion, what are some of the advantages and disadvantages? What do you especially enjoy about your job?

Contrary to the opinion of many men who like to protect and provide support, us women are also happy when we’re allowed to do things ourselves “without any help”. Otherwise, we wouldn’t want to do the job if we couldn’t. Personally, I find it very nice to work in a male industry. Not just to show that I can do it as a woman, but to do something special, to achieve something.

A disadvantage I see is that us women have to prove ourselves anew each and every day in this industry. I mean, if a beginner doesn’t drive in reverse perfectly, everyone says: “He’s still young, he still needs to learn how to do it.” But if a woman has a bad day (which can happen to men as well), everyone says: “Typical woman, she can’t even back up.” That’s why it’s more exhausting for a woman sometimes. We always have to give 120 percent.

What I particularly enjoy about my work is seeing the results. The new street or the new house … just seeing what you’ve contributed to.

How important are beautiful rims to you (whether they’re on cars or trucks)?

Beautiful rims are just as important as a well-cleaned truck. That’s the first impression, and for me it’s very, very important that everything be clean.

How do you know about SPEEDLINE TRUCK and Eddy? What was the genesis of this promotion here at our booth?

I’m familiar with SPEEDLINE TRUCK by way of my own rims on my car. I learned about Eddy and his work on Facebook.

What do you think of the idea of ​​engraving rims? What will you do with the tattooed SLT wheel?

I think the idea is nice. It’s really something out of the ordinary. It might not appeal to everyone, but people who have a special truck or car will also like the special rims.

You can also be seen on various TV shows, including “Asphalt Cowboys”. How did that come about?

I got on “Asphalt Cowboys” mostly by accident. The production company became aware of me and wrote to me asking if I’d like to be on the show. At first, I thought it was a joke. After doing a lot of research, it turned out that it was no hoax. I could hardly believe it. I called my boss and asked if he could believe it could work. He said yes without any hesitation, and then everything took its course.

How did you like it at the IAA, especially at our stand?

I thought the IAA was extremely interesting. I really liked your booth. Your folks were nice, perfectly organized, and everything was very informative. I would be happy to meet you again in Hannover in two years!

We too would like to thank you for your visit, Christina! 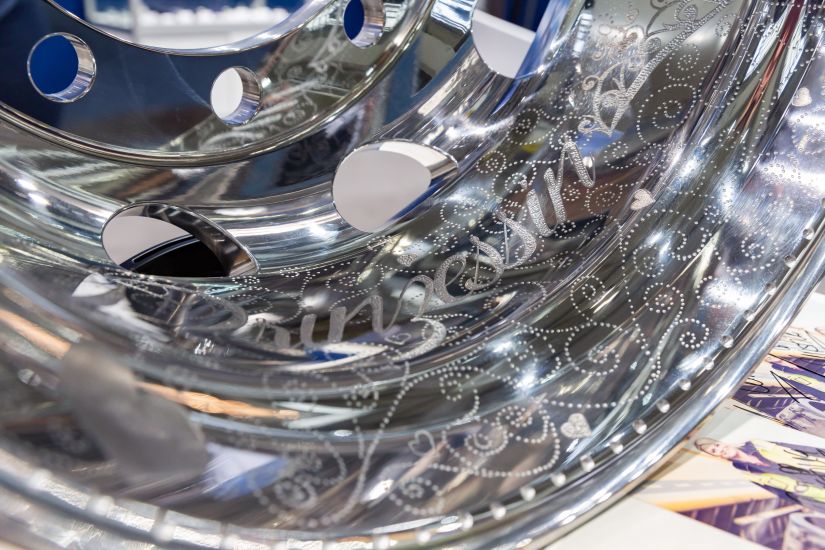 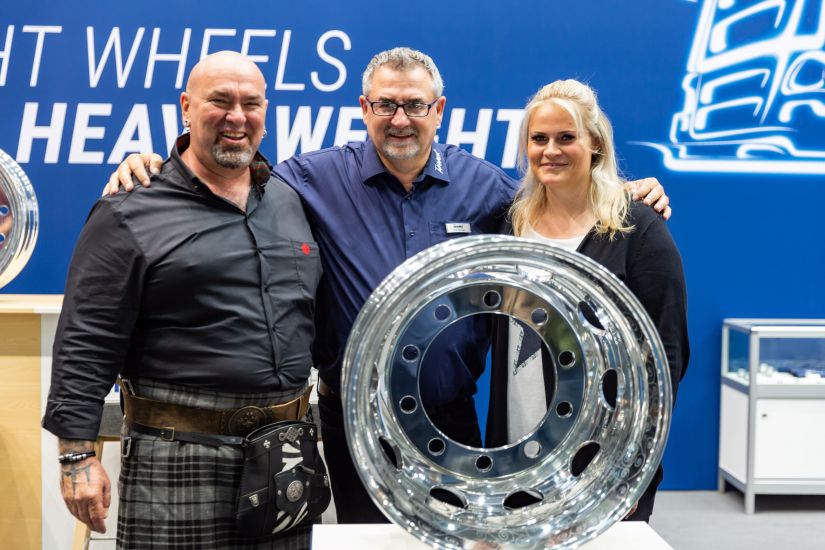 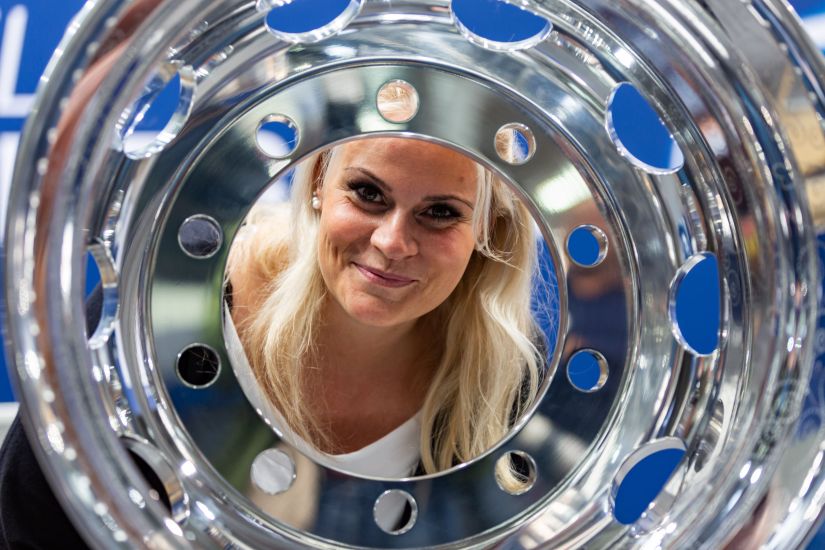 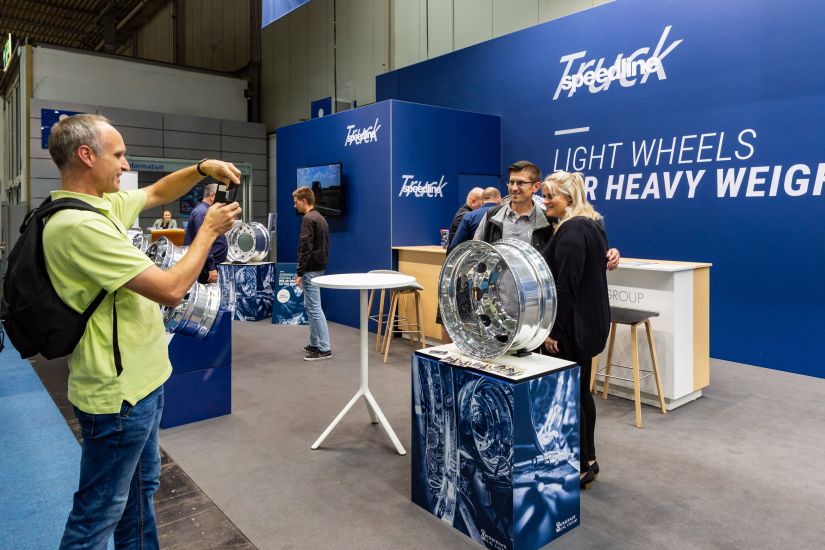 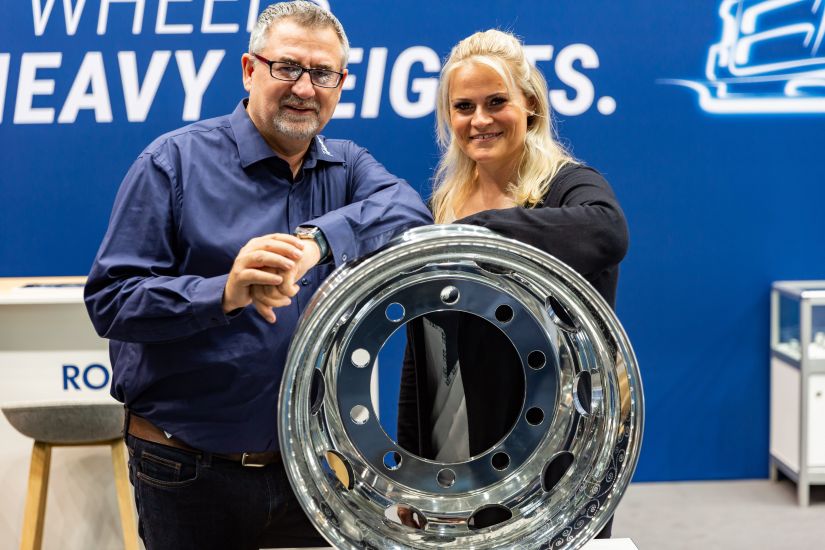 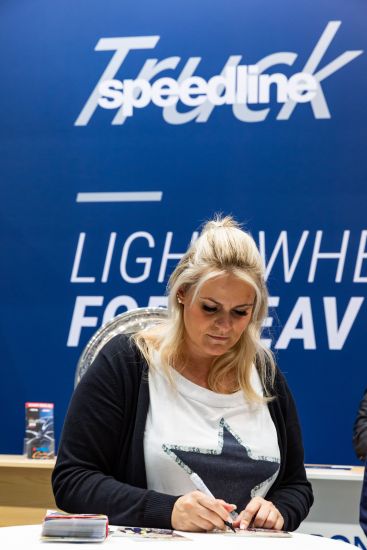 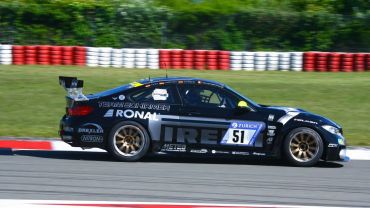