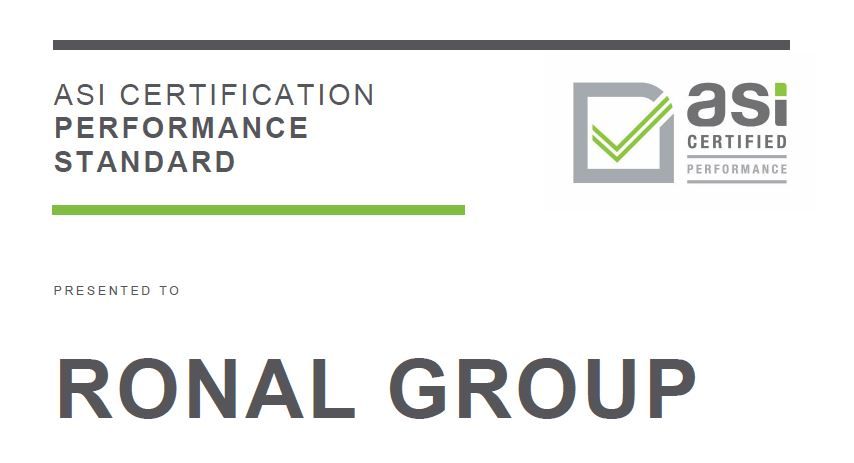 The RONAL GROUP has been awarded certification to the ASI Performance Standard V2 (2017) for materials stewardship in the design, manufacture and distribution of alloy wheels. 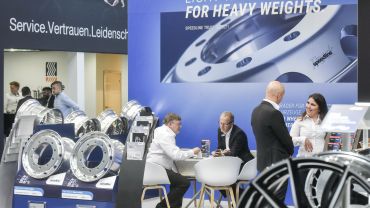 RONAL GROUP with new products at

After the cancellation of many industry events due to the pandemic, we are all the more pleased that the trade fair can take place again this year from May 24 to 26 in Cologne and that we can talk to our customers live on site about new products and our further development in the area of sustainability. 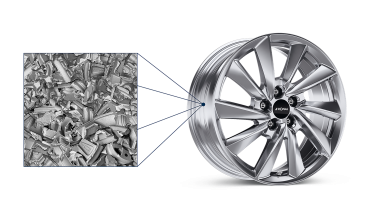 In the spirit of the circular economy, wheel manufacturer RONAL GROUP has signed a Memorandum of Understanding with Canadian company Eccomelt, which produces secondary aluminum from post-consumer wheels. By signing this Memorandum of Understanding, the RONAL GROUP secures preferential supply of Eccomelt’s post-consumer material, which has an extremely low carbon footprint. 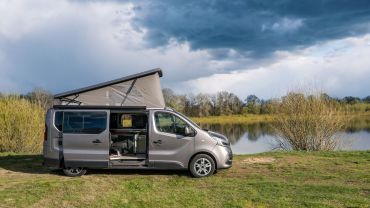 for campers and caravans

What many don’t know: The RONAL GROUP offers not only aluminum wheels for cars, buses and trucks, but also for campers, caravans and vans, ranking among the world’s largest manufacturers in this area. 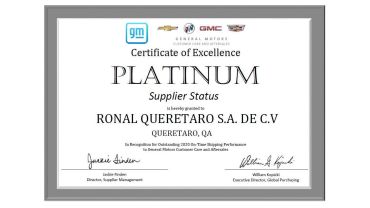 The RONAL GROUP supplies its wheels to almost all important automobile manufacturers in the world. We highly value customer satisfaction, quality and reliability. Again and again we are awarded and appreciated for our services by OEMs. In recent months, we have been honored with the following important awards, among others: 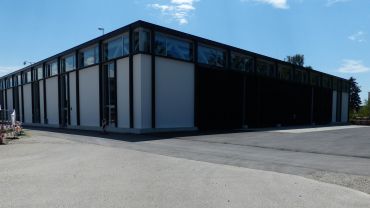 Our tool making shop has

relocated to a new building

We already reported on the construction of our new tool making shop in Härkingen in September 2020. At the end of the year, the machines were transported from the old hall to the new one; at the end of January 2021, the offices in the new building were ready. The design of the outdoor area is also progressing steadily. At the same time, the demolition of the old tool shop is in full swing. We talked to two responsible colleagues about all these changes. 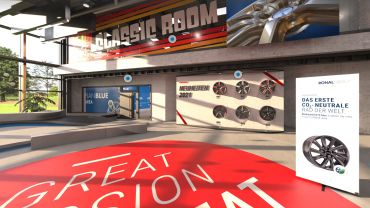 The first ever RONAL VIRTUAL DAYS

Unusual times call for unusual measures: After a majority of trade fairs were unable to take place last year, the RONAL GROUP has found a new way to stay in touch with its customers and partners. Ronal opened its virtual doors at the first ever RONAL VIRTUAL DAYS from March 3-12, 2021, presenting its new products for spring. 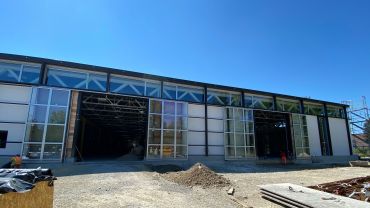 Construction of the new tool-making hall at RON AG

A look at the progress

On January 14, 2019, we broke ground for our new tool-making hall in Härkingen, Switzerland. Actual construction began shortly thereafter in February, with the work now coming along nicely. Get a look at this major project at our headquarter location here. 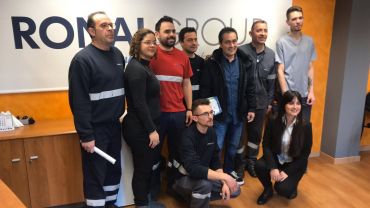 at our production facility in Spain

The health and safety of our employees is of vital importance to us. That is why we have set ourselves the goal of minimizing the risk of workplace accidents at our 13 RONAL GROUP production sites. If an employee is ill, unwell or injured, the medical department at each plant is there to look after our colleague. But what happens in the event of an unforeseen incident, like the one at our plant in Spain at the beginning of the year? 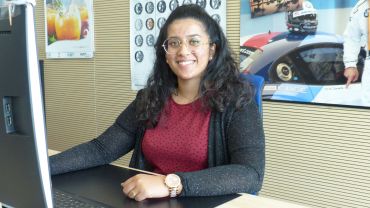 Learn and work at the RONAL GROUP

Each year in the summer, the RONAL GROUP offers young people trainee positions in various technical and commercial professions. Suruthy, 19, is currently wrapping up her training as a management assistant, spending her final few days in the Marketing department at RONAL AG in Härkingen. In this interview, she tells us what she liked about her traineeship and which challenges she faced in the last few months in these extraordinary circumstances. 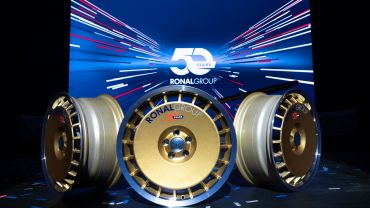 In the past year, the RONAL GROUP celebrated 50 years in existence with all employees at all locations around the world. The anniversary roadshow, which was named “Anniversary World Tour 2019” began at the beginning of May at our headquarters in Härkingen in Switzerland and ended in November in Nantou, Taiwan, the location of the subsidiary company Fullchamp. Our presence at trade fairs also fully reflected the anniversary year. And last but not least, on the occasion of our milestone birthday, we also issued our cult wheel RONAL R50 AERO in gold. 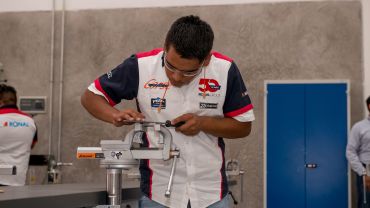 Inauguration of the RONAL training workshop

at our Querétaro plant

On October 18, we celebrated the inauguration of the RONAL training workshop in Querétaro. Plant manager Stephan Jancke, our CEO Yvo Schnarrenberger and Deputy CEO Oliver Brauner cut the ribbon.

Training at the RONAL GROUP

Career Days and graduation of our trainees

The RONAL GROUP is always on the lookout for talented and motivated young newcomers! We visited universities in Switzerland to promote our technical careers. In addition, we recently congratulated two trainees on successfully completing their apprenticeships! 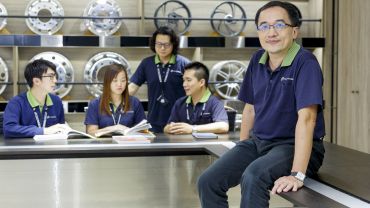 Our plant in Taiwan

Our Asian subsidiary Fullchamp produces around 200,000 high-quality forged wheels for the commercial vehicle sector and our SPEEDLINE TRUCK brand for us in Nantou (Taiwan) each year. We asked Yahn-Shen Tsai, managing director at Fullchamp since 2013, a few questions. 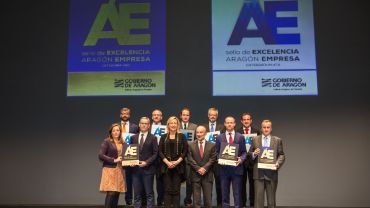 RONAL IBÉRICA is awarded the

With this award, the government of the Spanish autonomous community of Aragón certifies that RONAL IBÉRICA has achieved more than 500 points in the European excellence model. For our Spanish subsidiary, this is the admission ticket to an exclusive club of only 15 companies to have been awarded this seal.

Looking back to the beginning

On October 10, 2017 our second plant in Teruel (Spain) was opened with a ceremony. Now, around 18 months later, managers from various departments of the company look back to the construction and start-up period and report on how they experienced it all.

In the second part of our interview with Christian Götz, the former active member of Team KA-RaceIng of the Karlsruhe Institute of Technology (KIT) tells us of the challenges, advantages and highlights of his time spent in the Formula Student.

As in 2018, RONAL GmbH will once again be sponsoring one of the three racing cars of the KA-RaceIng team from the Karlsruhe Institute of Technology (KIT) in 2019, with which the students will participate in the Formula Student international design competition. 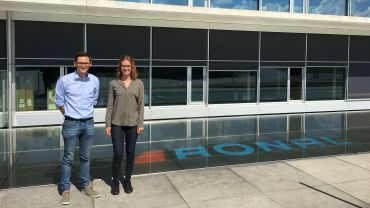 Bärbel (21) and Moritz (21) are both 5th semester students studying industrial engineering at Baden-Wuerttemberg Cooperative State University in Karlsruhe, and work for RONAL GmbH in Forst. At the beginning of September, they both travelled to Härkingen for two days to get to know our headquarters in Switzerland. 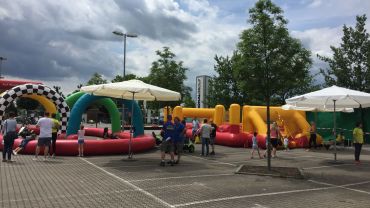 The RONAL factory in Landau celebrates its

30th anniversary with a family day

As previously reported, our factory in Landau (Germany) is celebrating its thirtieth anniversary in 2018. To thank our staff, who play an important part in the success of our company, there was a big family day in June. 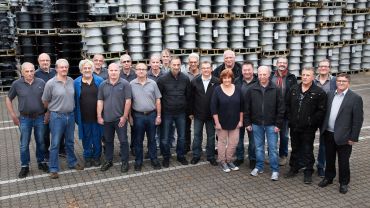 Our plant in Landau, which went into operation in 1988, is celebrating its thirtieth anniversary this year. As in every company, the success of the RONAL GROUP depends on the commitment of its staff – and this is most appreciated!

Some of our colleagues are not only working together but have also formed an athletic team: At the beginning of 2017 a formal running group was created in one of our plants in Wałbrzych, Poland. It is called RONAL POLSKA RUN. Find out more about its formation process here. 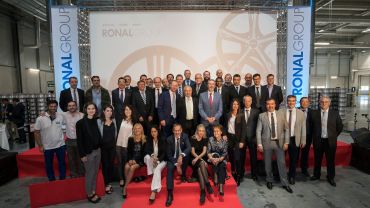 A good one and a half years after laying the foundation stone, the time had come: our new plant in Teruel (Spain) was officially opened in mid-October! 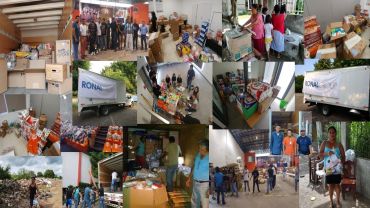 In collaboration with the staff, RONAL Querétaro carried out a fund-raising exercise to help the victims of the mid-September earthquake.